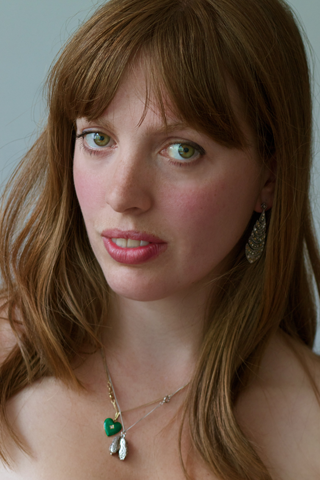 Elinor Rolfe Johnson graduated from Cambridge University with a Masters degree in Music, and studies with Susan Roberts. As a scholarship holder at the Royal Conservatoire of Scotland (where she was very kindly supported by the Russell Sheppard Trust Vocal Scholarship and the Sir Richard Stapley Educational Trust), Elinor completed a Masters in opera in the summer of 2013.

Elinor was a finalist in the London Handel Festival Competition in 2010 and, in 2013, she sang her debut recital at the Wigmore Hall with William Vann. In the summer of 2014, Elinor covered at the Aix-en- Provence Festival for the Bach Trauernacht project under Raphael Pichon and worked alongside the Freiburger Barockorchester with Pablo Heras-Casado in the festival’s production of Die Zauberflöte.

Elinor has been delighted to work with the Israel Camerata and, last year, she performed the St John Passion with the Britten Sinfonia, directed by Mark Padmore. Other recent engagements include a Verdi Requiem tour with the Monteverdi Choir and a concert at Snape Maltings for the Aldeburgh Music Club. Elinor’s 2019 engagements include Vivaldi’s Gloria at Arundel Cathedral, Mahler’s Rückert-Lieder with Colchester Symphony Orchestra and further tours with the Monteverdi Choir. 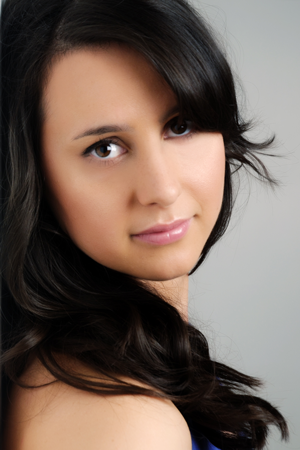 Phillipa Thomas achieved her Masters degree at the University of York, where she was awarded the Concerto Prize, before continuing to further success, winning first place in the Birmingham Conservatoire Singing Prize.

Recent oratorio engagements include Haydn’s Nelson Mass with the Royal Philharmonic Orchestra under Ben Pope, Duruflé’s Requiem with Bristol Choral Society under Hilary Campbell, and Mahler’s Symphony No. 2 with King’s College Cambridge under Stephen Cleobury. Phillipa recorded the alto solos for numerous oratorios as part of a project with the professional ensemble Blossom Street Singers and in 2018 she was appointed Visiting Western Lecturer in Classical and Contemporary Vocal at KM Music Conservatory in Chennai, India.

Returning to Aberdeen, Phillipa is delighted to be giving her first performance of Israel in Egypt alongside Aberdeen Bach Choir. 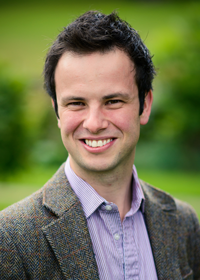 British-Irish tenor, Ronan Busfield, was a ‘Britain’s Got Talent’ 2018 semi-finalist, wowing the judges with his rendition of “Maria” from West Side Story. Ronan was a choral scholar at Magdalen College, Oxford University, where he studied music, and, after nearly joining the police force, he worked as a Lay Clerk in the Chapel Choir of St. George, Windsor Castle, singing for daily services, tours, broadcasts, concerts and public and private events for the royal family. Subsequently, he completed English National Opera’s Opera Works, studied for a Masters in Opera at the Royal Conservatoire of Scotland with Stephen Robertson and was a Scottish Opera Emerging Artist.

When not engaged in singing, Ronan works in the world of Human Resources, and enjoys spending time with his young family, renovating his house, which used to be a pub, and attempting to train his stubborn rescue German wirehaired pointer.

James Williams studied at the Royal Academy of Music, London, during which time he received training from eminent figures such as Simon Keenlyside and John Shirley-Quirk. Since graduating he has enjoyed an active performing career throughout the UK, Europe and Asia.

Having interpreted the title roles in Don Giovanni, Il barbiere di Siviglia and Le nozze di Figaro, James can also list Papageno, Il Conte d'Almaviva, Don Alfonso, Falke, Schaunard and Aeneas in amongst his operatic repertory. His portrayal of Don Alfonso for Dulwich Opera Company’s tour of Così fan tutte this year was deemed “suavely resonant” (The Stage), while making “bottom notes ring out with... cheerful malice” (Lark Reviews). In 2017, James performed the role of Figaro in Il barbiere di Siviglia as part of a performance led by the charitable organisation, Les Amis de Bizet, in association with Teresa Berganza.

James served as Musical Director for Brent Opera during their productions of Macbeth, Martha, and Nabucco, while having worked as a répétiteur for various London-based opera companies. As a composer, he witnessed the premiere of his Mass for St. Helen earlier this year, as well as his commemorative cycle of war songs for baritone and piano, performed to mark the 100th anniversary of the Armistice.