I Was Glad
A Paean of Praise for Choir and Organ 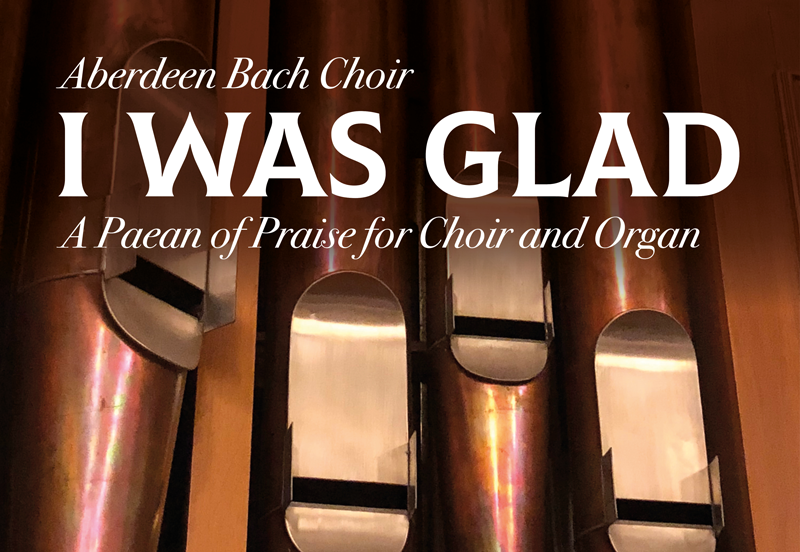 With music from Handel to Vaughan Williams, from Elgar to Arvo Pärt, this concert promised to be an exciting and rewarding exploration of music written for organ and choir which spans several centuries. The programme, devised by Peter Parfitt, Aberdeen Bach Choir's Musical Director, celebrated the recent reinstallation of some original pipework into the cathedral's organ.

Opening with the rousing, uplifting music of Handel's Zadok the Priest, the concert leapt forward in time to feature music from two composers still living, Arvo Pärt and John McLeod, before closing the first part with the familiar strains of Vaughan Williams. The second part opened with another rousing anthem, this time from the mid-twentieth century, by Gerald Finzi. More serene music followed from Parry and Hastings with the closing piece giving its name to the concert 'I Was Glad'.

The Choir was accompanied by David Gerrard, and the concert also featured two organ solos performed by Dr Roger B Williams, M.B.E., Director of Music and Organist to the Cathedral Church of St Machar, Old Aberdeen.

Vaughan Williams Let All The World (from Five Mystical Songs)

Finzi God is Gone Up

Bainton And I Saw a New Heaven

Elgar Give Unto the Lord

Parry I Was Glad