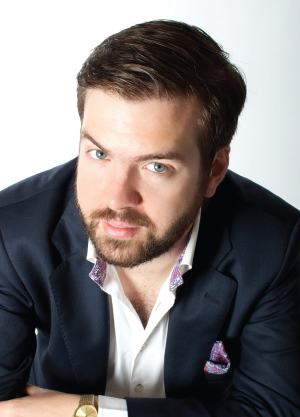 Daniel studied at Durham University where he was a choral scholar at Durham Cathedral, The Royal College of Music and has recently graduated with distinction from the opera course at Guildhall School of Music and Drama. Roles at GSMD include the title role in Albert Herring, Giovanni in Donizetti's L'Aseddio di Calais and Ricardo in Massenet's Cherubin. Roles elsewhere include  Gherardo (Gianni Schicchi), The Poor Horn Player (Delius A Village Romeo and Juliet) and Kozak (Statkowskis Maria) all for Wexford Festival Opera,  cover of various roles in Monteverdi's L'incoronazione di Poppea for Glyndebourne Festival, cover of Fabrizio (Martinu's Mirandolina) for Garsington, the title role in Britten's The Prodigal Son for the Ryedale and Grimeborn Festivals,  cover of Tchapalitsky (Queen of Spades), The Prince (Rusalka) and Melot (Tristan und Isolde) for Grange Park, Duca (Rigoletto) and Goro (Madama Butterfly) for Opera Brava, the lead role of Jimmy in John Estacio's Lillian Ailing at The Banff Centre, Canada,  in a joint production with Vancouver Opera, Cover of Cassio (Otello) for Opera North, Alfred  in Die Fledermaus for Kentish opera and cover of Remendado (Carmen) for Scottish Opera. 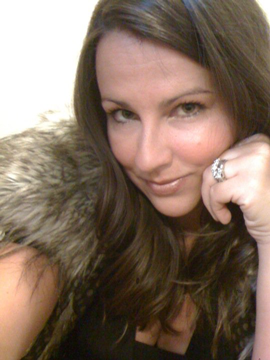 Eilidh McEwan has established her reputation on the concert platform both in oratorio and recital across the UK and overseas. Her large repertoire encompasses everything from baroque and renaissance works to lieder; from French song to folksong and from musical theatre to large scale choral works. Her speciality is performing Early music such as Bach/Baroque music, which she has recorded with the wonderful Irish Trumpeter Mark O'Keefe - Baroque duets such as Eternal Source of Light Devine and Let the Bright Seraphim by Handel and Bach Jauchzet gott in allen landen.

Since graduating, Eilidh has had the pleasure of performing with many choral societies across the country and is always delighted to be invited to do so. These concerts are always highlights for Eilidh and she receives many repeat invitations.

In addition to her concert platform engagements Eilidh enjoys teaching singing and is also asked to sing at private functions and wedding ceremonies.

Glasgow born Eilidh's soloist career began at an early age when she was chosen by Christopher Bell to be a regular soloist in concerts given by the National Youth Choir of Scotland (NYCoS). Eilidh also gained experience as one of the youngest members of the Royal Scottish National Orchestra Chorus (under such as Lazarev, Weller and Jarvi); with the Strathclyde University Chamber Choir (under Tavener); with the RSAMD Chamber Choir and as a chorister at Glasgow Cathedral.

Eilidh studied at the Royal Scottish Academy of Music and Drama in Glasgow, with Margaret Marshall and Pat MacMahon, graduating BA (Musical Studies) with Honours. Today Eilidh continues to study with Pat MacMahon.

Highlights since then include being asked to sing in front of Her Majesty The Queen and Nelson Mandela, performing at the Glasgow Royal Concert Hall with the Royal Scottish National Orchestra (to critical acclaim) and singing in concert with the distinguished Scottish and Irish sopranos Margaret Marshall and Ann Murray. In addition to these events Eilidh has also performed in concerts in Germany, Sweden, Ireland and Australia.

Future performances for Eilidh in 2014 are Handel Messiah, Haydn Mass in Time of War, Mozart Litaniae Laurentenae and Faure Requiem. 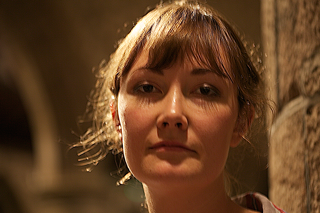 Flora Bramwell has been singing from an early age, from being recorded for children's song CDs at the age of 9 to joining local Aberdeen choir The Deeside Choristers at the age of 13. From then on, she has gone on to sing with many other musical groups and choirs throughout Aberdeen, including Con Anima Chamber Choir, the Aberdeen Bach Choir, the University of Aberdeen Chamber Choir and the cathedral choirs of St Machar's and St Andrew's. She has also sung in many other cathedrals and churches throughout Britain and Ireland. She is a choral scholar in St Machar's Cathedral, where she also does part time conducting and is the cathedral's Singer in Residence for weddings and other occasions.

She studied for and gained an HNC in Music at Aberdeen College, and currently co-conducts the Deeside Choristers, where she had the opportunity to conduct a service for Her Majesty the Queen. In the near future, Flora hopes to pursue her interests in singing and conducting.

In her solo singing, Flora has been working on her repertoire for the past year and a half, and has singing lessons with Alan Watt at the North East School of Music, working with a special focus on developing vocal technique and diaphragm control. Her studies have mainly been focused on works by Bach, including pieces from the St Matthew Passion and the Magnificat in D Major, varied arias by Handel, Holst and Schubert, and Frauenliebe und Leben by Schumann. The Christmas Oratorio will be her first professional appearance as a soloist. 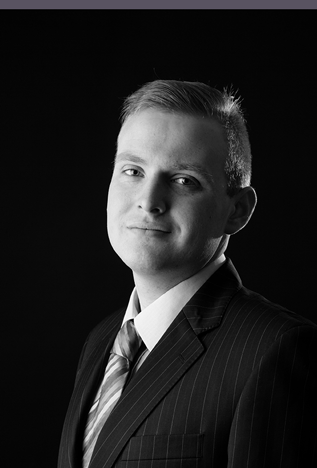 Matthew Thomas Morgan was born in Bexley. His interest in vocal study began at Eltham College under the tutorship of Timothy Penrose. At the University of Durham, Matthew graduated with a BA (1st class) in Music and more recently from the Royal Academy of Music with an MA, DipRAM and LRAM qualifications. Whilst at the Academy he studied with Neil Mackie and Audrey Hyland. Matthew is now studying at the Alexander Gibson Opera School at the Royal Conservatoire of Scotland (RCS) where he is studying with Iain Paton.

Matthew has sung tenor solo roles with numerous choirs. He has a wide repertoire and is noted for his performances of English Song. He was also a choral scholar at both Durham and Portsmouth Cathedrals.

At the Academy Matthew was in regular demand, most recently in the Bach Cantata Series and as a soloist for the opening concert of the new 400+ series. He has enjoyed success playing the roles of Pedrillo (Die Entführung aus dem Serail), Eumete (Il ritorno d’Ulisse), Ferrando (Così fan tutte), Ottavio (Don Giovanni), Idamante (Idomeneo) as well as chorus work including in a Royal Academy Opera production of Die Zauberflöte. He worked on the UK premier of Maometto II – Rossini with Garsington Opera during June and July 2013, and will be playing Eumete in Il ritorno d’Ulisse, in his first production at RCS.

Matthew has wide ranging musical interests and was Director of Music at St. Mary’s College, Durham University between 2009 and 2011, where amongst other projects they released a C.D. recording entitled Ave Maria. He was also chorus-master for a performance of Tippett - A Child of our Time and Vaughan Williams – Five Mystical Songs, with a combined choir from across the university. He also was one of the founding members of the Durham University Palatinate Orchestra.

Matthew continues to enjoy working with the Caritas Ensemble in Durham who specialise in music for voice and chamber ensemble whilst raising money for various charitable causes. 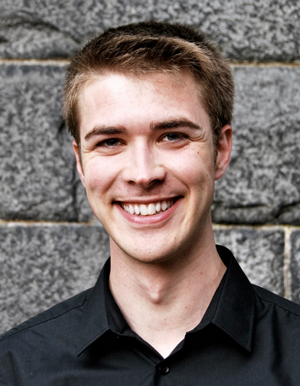 Colin was a member of the National Youth Choir of Scotland (NYCoS) for 11 years whilst gaining a BA Hons in Design and Craft at Gray’s School of Art in his home city of Aberdeen. During this time he continued to receive his singing lessons at the North East of Scotland Music School (NESMS), being taught by Ruth Black, Alan Watt and Raimund Herincx, as well as being one of the Assistant Administrators there. Through NESMS, he was awarded the Ellie Pirie Scholarship on three occasions.

Upon leaving the RNCM Colin sang as part of the Buxton Festival Opera Chorus in their productions of Jeptha, Kashchei the Immortal, The Maiden in the Tower and in Intermezzo, in which he also performed the role of Legal Councellor. He then appeared in the Wexford Opera Chorus in L’Arlesiana and as Le Soldat in Le Roi Malgre Lui. This summer Colin was a member of Glyndebourne Chorus in their productions of Falstaff, Don Pasquale and Billy Budd.

Recent engagements include a concert given as part of Aberdeen’s Sound Festival in Cults Parish Church and as bass soloist in Rossini’s Petite Messe Solennelle in St Mary’s Parish Church in Uttoxeter.