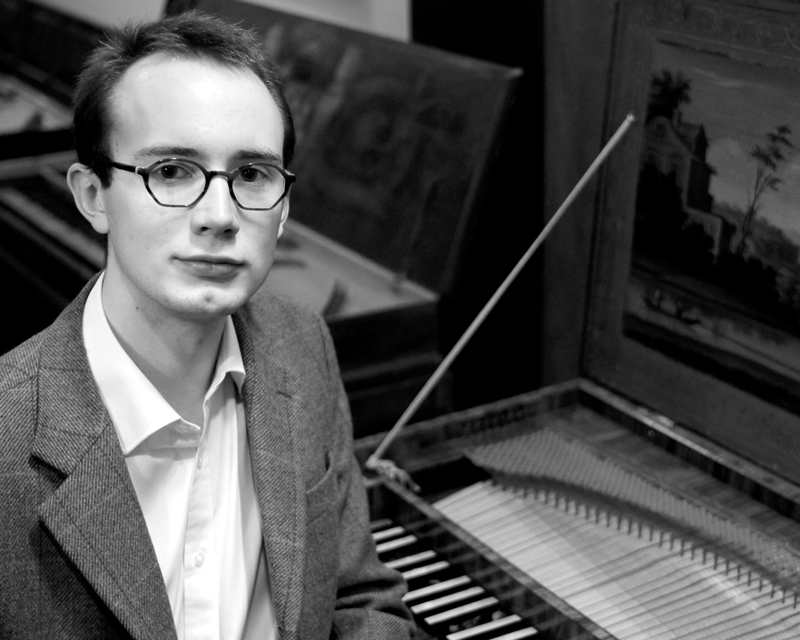 David Gerrard is active as a performer, researcher and instrument maker. He graduated with double first-class honours in Music from the University of Oxford, followed by MMus Early Keyboard Performance studies (awarded with Distinction) at the University of Edinburgh.

David has held appointments as organ scholar at both Canterbury Cathedral and Magdalen College, Oxford, and as the assistant organist at Paisley Abbey. Having worked extensively with the harpsichords and clavichords in Oxford's Bate Collection and Edinburgh's Russell and Mirrey Collections, David has given recitals on many significant historical instruments. He has also been active as a harpsichord technician and restorer in London, and remains involved in the building of early keyboard instruments.

David is currently a tutor in the University of Edinburgh's Reid School of Music, teaching performance studies, music history, and harmony and counterpoint, while undertaking doctoral research (funded by the Arts and Humanities Research Council). As a continuo harpsichordist and organist, David works with ensembles including the Dunedin Consort, Scottish Chamber Orchestra and Royal Northern Sinfonia. 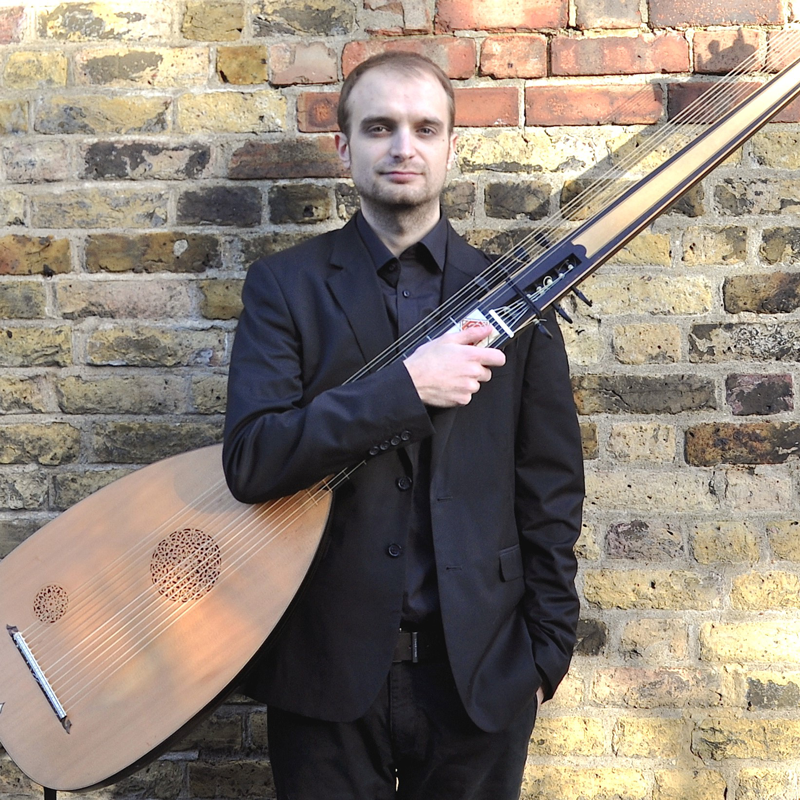 James Bramley performs throughout the UK and abroad as a soloist and accompanist, in ensembles and as a continuo player on the theorbo, lute and Baroque guitar. He completed his postgraduate studies with William Carter and David Miller at the Guildhall School of Music and Drama where he was supported with a scholarship from the Guildhall School Trust.

Previously James was educated as a music scholar at Bristol Cathedral School, where he studied the violin, piano and percussion, and sang in various choirs. He went on to play in the National Youth Orchestra of Great Britain, and then read languages and history at King’s College London and the London School of Economics.

Since being drawn to the lute and related historical instruments, with their vast range of solo repertoires and important role in instrumental ensembles and vocal music, James has enjoyed working with many renowned artists including Emma Kirkby, Evelyn Tubb, Rachel Podger, La Nuova Musica, and in side-by-side projects with the Academy of Ancient Music. He has performed at venues including the Wigmore Hall, St John’s Smith Square, and the Barbican, and also for The Lute Society, the London Handel Festival, Dartington International Festival, Brighton Early Music Festival and Brecon Baroque Festival.

Recent broadcast work has included researching, performing and recording for a BBC Radio 4 documentary on the post-diary musical life of Samuel Pepys – himself a keen lute, theorbo and guitar player. James was also involved in instructing and playing for the BBC television adaptation of Jesse Burton’s novel The Miniaturist, and has also taught for the Guildhall School’s Opera and Junior departments, and at the Purcell School.