The performance of J.S. Bach St Matthew Passion which was scheduled for 26 April 2020 has been postponed and will now take place in April 2022.

We do not now propose to hold a full scale concert in December as originally planned, but are reviewing the situation regularly. If the situation improves, we may be able to perform a small scale recital before the end of the year. 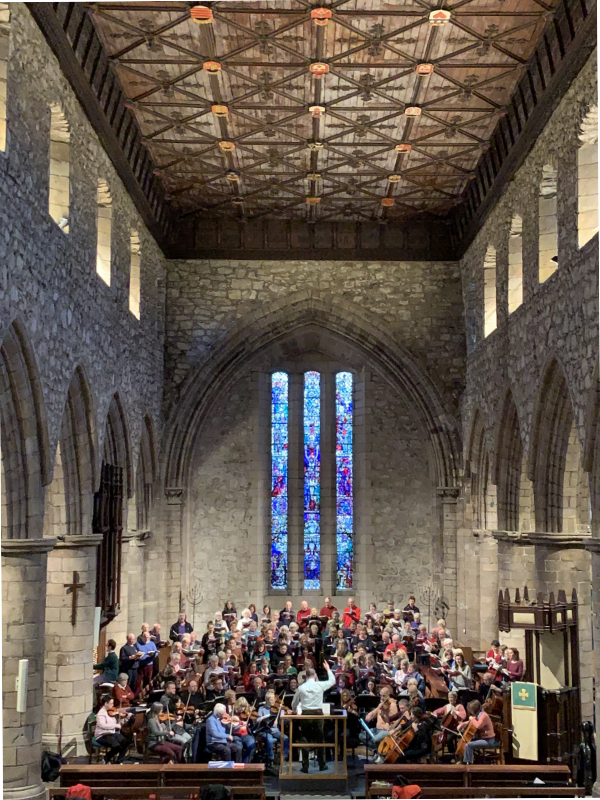 In May, Peter wrote to all current and recent choir members to suggest ways of making up for the lack of rehearsals and the postponement of our April concert, including information about singing lessons and a musical quiz. read it here

Current medical advice is against gatherings involving singing, and we are still not planning to restart rehearsals.

Our online 2020 AGM took place on Tuesday 15 September at 7:30 p.m. The following office bearers and ordinary members were elected:

Subscriptions were set at £30 (£22.50 concession, students free) for each half year, with the fee waived if there are fewer than seven rehearsals in the half year).

At the conclusion of the meeting, outgoing Chair Leofric Studd presented Peter Parfitt with a gift to mark the tenth anniversary as Musical Director of Aberdeen Bach Choir. 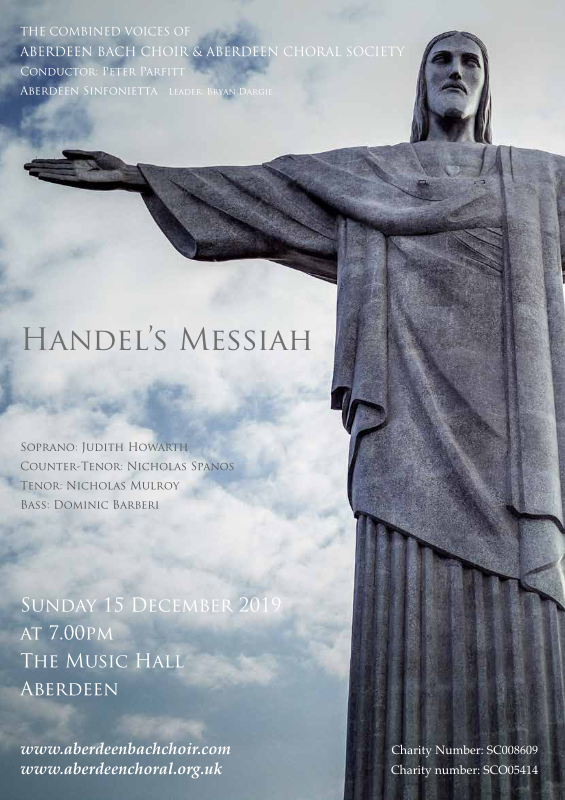 programme notes and other information

Unfortunately, our usual reviewer, Alan Cooper, was indisposed but Derek Noble has stepped into the breach with a review, supplemented by numerous comments from audience members and performers.